After leaving my brother’s house, we drove to downtown Philly to check out some of the historic sites and to visit the Italian Market. Since the 4th of July weekend was imminent, it was very crowded.

In fact, a local convenience store, Wawa, was giving away free hoagies on the mall outside of Independence Hall.  We were so happy we arrive early because when lunch time rolled it around, it was jammed packed with people wanted to get a free sandwich.  We could not believe how long the line was for people waiting in line for a free $5 sandwich.  The lines stretched for blocks as evidence in the photo below. 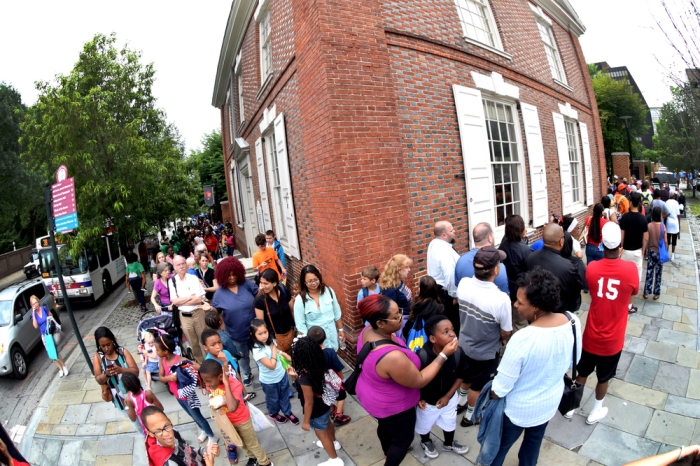 We wanted to see the Liberty Bell however, the line was too long. But we did see Independence Hall and the Constitution Center.  We also got to see reenactments on the mall of soldiers, campers, and a blacksmith.  We enjoyed watching the blacksmith make a fork. 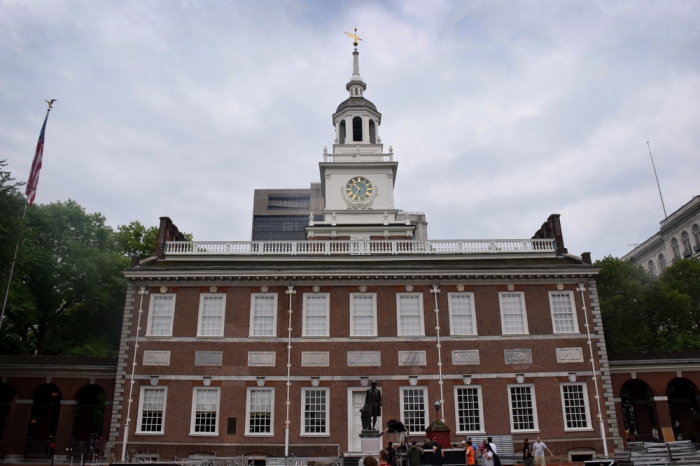 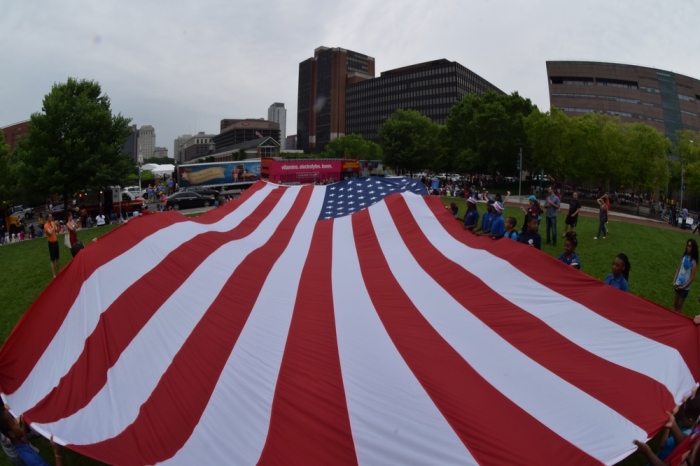 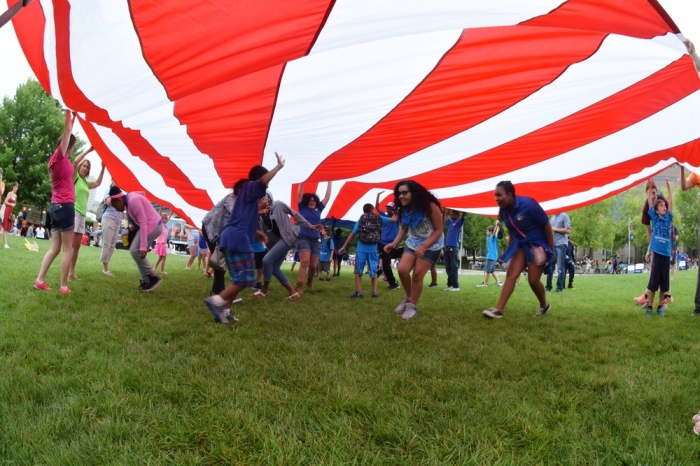 One of my favorites things was seeing Juju get sworn in as the first female President.  That was a cool feature they had at the Constitution Center. I even have a little video of it.

We also had the pleasure of seeing this 72 year old hip hop dancer in the streets. Yana said that Elias would be just like this man someday.

There is no reason to include this picture here other than because I love cheesesteaks!