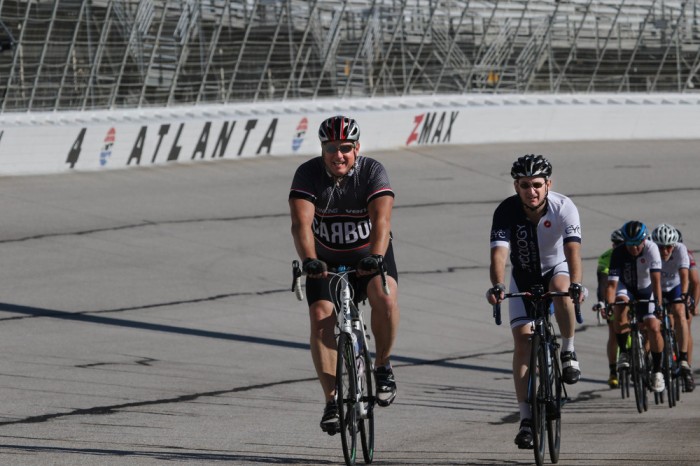 I had the fun privilege of participating in an event designed to raise over $200,000 to help feed poor children in Haiti and Guatemala. Through a friend from church, I was connected with radio personality Kevin Avery (@fit_kev) from the Fish 104.7 in Atlanta. The event was called the Haiti 100 because the cyclist would be riding 100 miles at the  (@amsupdates). 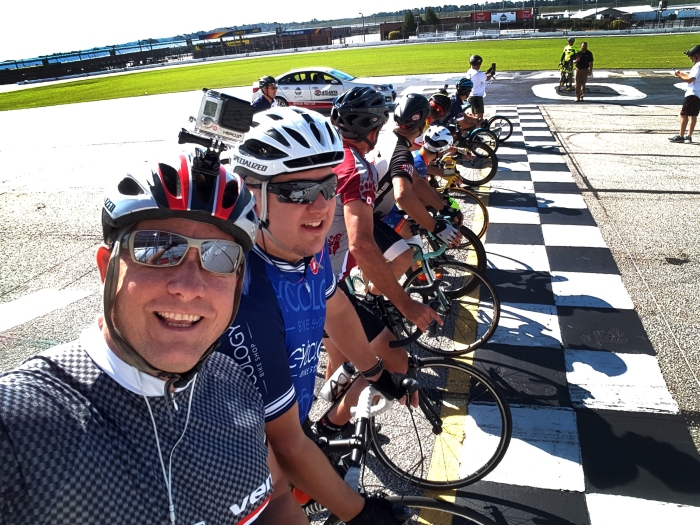 I had to raised $251 to qualify to ride. I was able to do so in about 3 days on GoFundMe.com as were 13 other riders.  It was not intended to be a big ride, in fact, the Speedway folks did not want it to be a big ride.  This was the first time they ever let cyclist ride on the track.

I ended up riding 80.5 miles.  The lead pack of 5 cyclists, finished at a very fast pace and it would’ve taken me about hour and 10 minutes to complete the 100.  I said at the beginning that I would stop when the first group finished as I did not want anyone to stick around waiting on me.  Even with 80 miles, I was very proud of my effort.  I average 17 or 18 miles an hours for EVERY non break lap.  I was quite pleased with that effort.

Something that was pretty cool was starting the race with a pace car. The car took us on a lap to get started then pulled over. Click to see video of the PACE CAR. Below is a video made by Aaron Meyers (@aarondmeyers), one of the riders.

It turns out that the ride alone raised over $24,000 and the whole initiative raise over $200,000 to feed poor children.  That was the best part of the whole event.

The Self in the Weeds