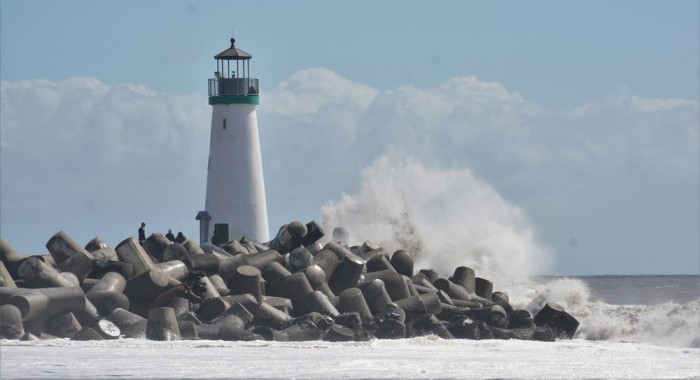 In my earlier post, I noted that I enjoyed two major destinations on this same Sunday. The first was Big Basic Redwoods State Park and the second was Santa Cruz. The photos above and below show the same location, but from different perspectives. Above, the waves are shown crashing against the banks of the lighthouse. Below, the same is shown from the vantage point of being on the lighthouse grounds. The girl shown here was jumping and spinning as the waves hit and sprayed her. 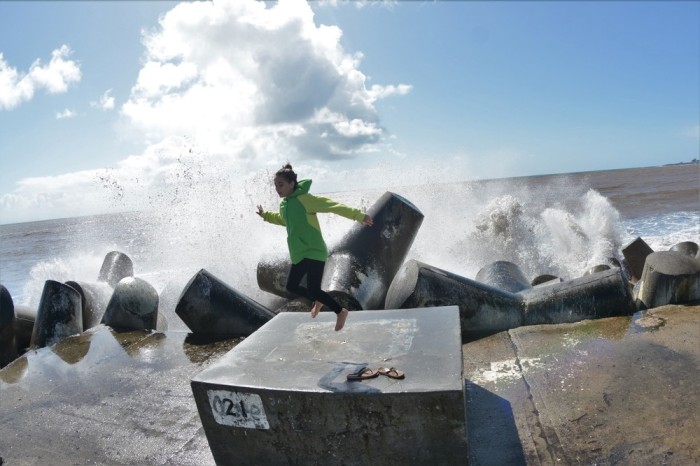 The last time I came to Santa Cruz was sometime in the last 1980s.  I visited my friend Jason Tarshis, who I recently just reconnected with here in San Jose.

It was great to be back at the beach. The wind was strong and the waves were absolutely ferocious and big. When the waves broke, they literally exploded. The video below was shot on cell phone and shows the waves at full speed and then in slow motion.

I had fun taking pix of the lighthouse and shooting all the different angles of the waves crashing into it. The most fun angle is shown in the short video below. I really should have climbed farther out on to the jetty so I would have been totally enveloped by the crashing waves. 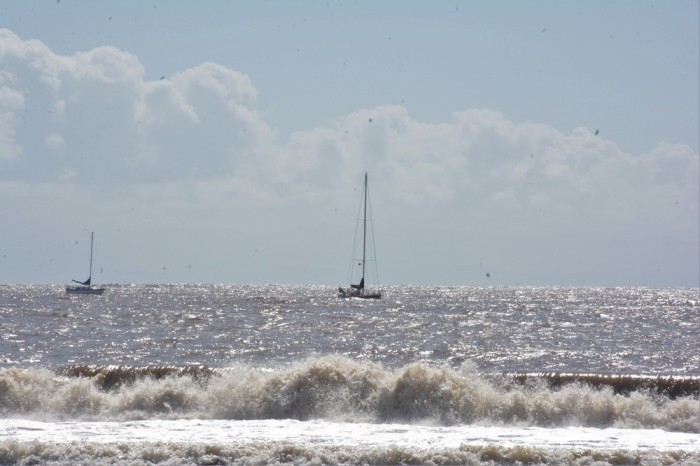 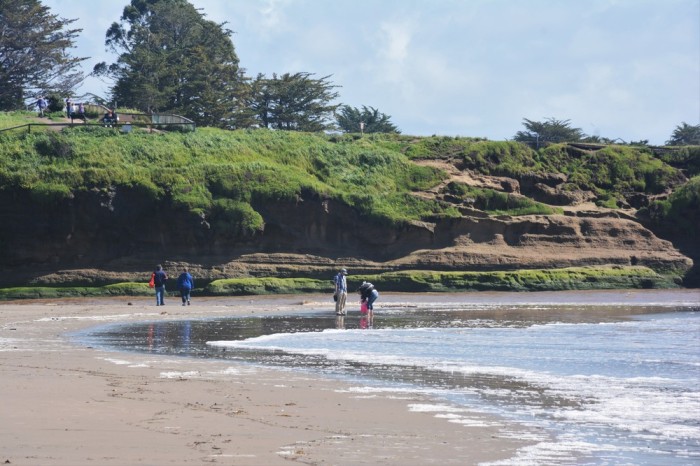 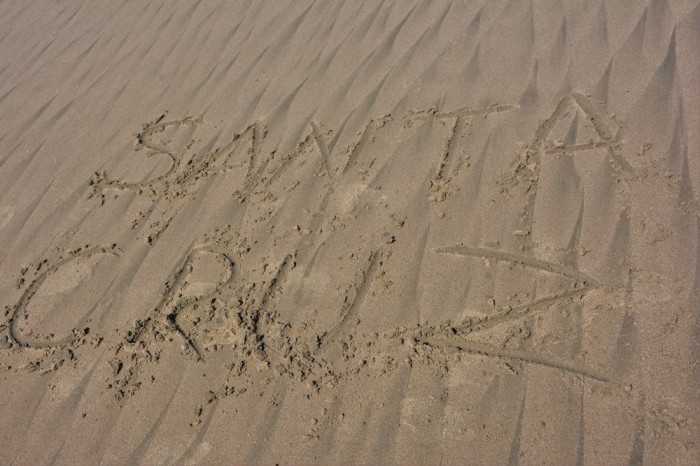 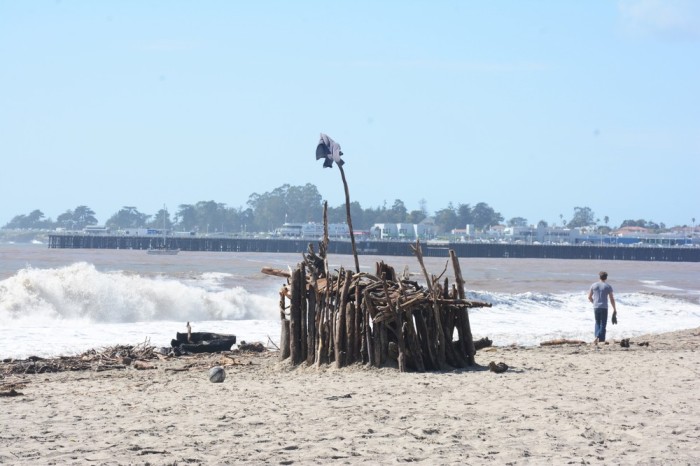 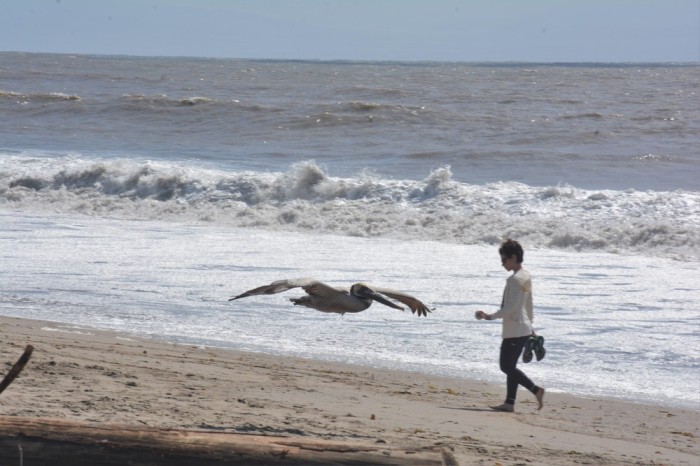 The video below shows a good perspective of the lighthouse and waves from a distance. 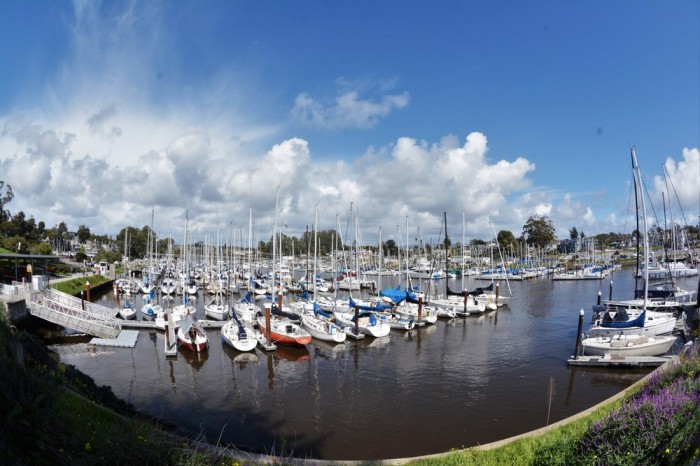